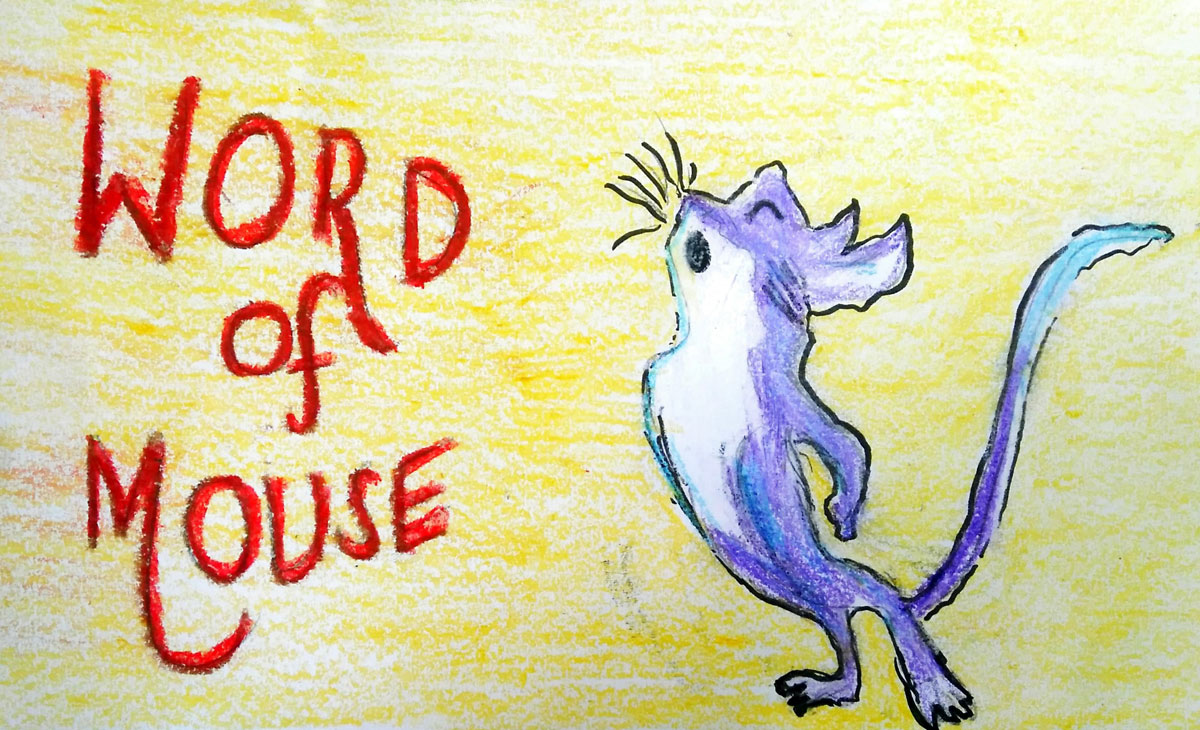 ‘Word of Mouse’ is an inspiring book written by James Patterson and Chris Grabenstein that truly fosters courage, bravery and taking up challenges head-on. It shows how even the smallest of creatures can do the biggest of things. The book was originally published on 28th November 2016.

The story starts with a ‘mischief’ of 97 mice who were trying to escape from The Horrible Place, a laboratory that some bad people used to do bad things to animals. All the 97 mice had amazing talents and were different from all other normal mice. Some mice were red, others were yellow, and some were even purple! Some had a high intelligence and could write, while others were good at weightlifting!

Unfortunately, despite their amazing plan to escape, all of them got caught back by those bad people, except one, a little mouse named Isaiah. Isaiah was a blue mouse and was as light as a feather. He could also read, write, say and spell out words, but he was nothing more than a scaredy-cat! He would get frightened by the slightest move and would never think of living his life alone. However, this time he had to. Because he also did not want to be found, and eventually caught, he had to leave his family and travel far away, where the bad people could not find him. It was a chirpy suburban area, a place he called Suburbia. After a few days of being alone, he meets another ‘mischief’ of mice, living inside the walls of one of the human houses. He eagerly joins that ‘mischief’, making new friends and becoming family. He, along with other mice, participates in food hunts and helps in saving them from traps and cats in the house. These acts of kindness make him braver and stronger and make him take up more challenges to save his friends. Later, he also comes across a girl named Hailey, who likes him for his talents. He eventually becomes friends with Hailey and visits her every day.

One day, a thought struck him. He had completely forgotten his old ‘mischief’, the one that he had planned to escape The Horrible Place with. He was sure the people at The Horrible Place were doing mad experiments on them and making them even more different from the other normal mice. He wanted to rescue them! How he did that and what help he took is something you will have to read the book to find out!

This was indeed a very profound story. It inspires us to be risk-takers and be open-minded to try out new things. Besides using onomatopoeia, this book also contains a quote by Isaiah at the beginning of each chapter that, in-a-way captures what will happen next. For example, in the beginning of chapter 8, Isaiah says, “No matter the temperature, home is always colder when there’s no family to share it with,” and precedes to where he could find a home that he wants to belong to.

The way Isaiah risks his own life to save other mice reminds me of the time when we were nearing some toll gate on the way back from Agra. Most of the cars were in line, but some were not and were trying to barge into the line. My mom did not like what was happening, and so got out of the car, and requested everyone to form a queue so that vehicles can pass through without any hassle and inconvenience to others. I think this was a true example of courage, as no one else seeming to be there took up the challenge to do it.

I would earnestly recommend this book to all readers from age 10-14, especially for the ones who want to take risks in life, as this story clearly defines what exactly one can conquer with bravery. A heart-warming animal story, I would give this book 5 out of 5 stars.