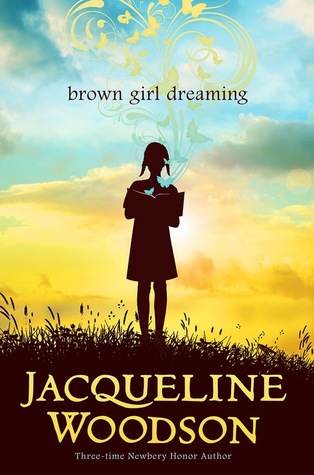 At the beginning Jacquelin is happy when her sister Dell holds her hand to help her write J, in the middle she is thrilled to be able to write her whole name Jacquelin Woodson and by the end she has discovered that her true calling in life is to be a writer.

-At the beginning Greenville, South Carolina her grandparents’ home is her home, then Brooklyn, New York is what she calls her home and by the end she comes to realise that the whole world is her home.

-At the beginning all she is, is a baby observing, looking, learning. But she is the baby of the house. By the middle of the book she is looking up to her brilliant sister and being compared to her in vain by the teachers and is made to feel inferior, being awestruck by the singing talent of her brother Hope and his Chemistry skills, she is unhappy to welcome her little brother Roman as she will no longer be the baby of the house, but by the end of the book she loves Roman, misses him when he cannot come along for trip back home, prays for his well-being and most importantly by the end she finally finds her brilliance and her way to stand out among her siblings as all she knows and dreams and wishes for is to be a writer.

– At the beginning she is made to be a Jehovah’s Witnesses by her grandmother. She is forced to devote a great deal of time to praying and studying, but by the middle she doesn’t understand why she must do or believe certain things. For example, she cannot be a part of her classmate’s birthdays and eat the cupcakes, she loves her grandfather dearly, who is a non-believer and so will not go to Heaven, but she does not want to believe this. At the end Uncle Robert introduces her to Qur’an and she concludes that she can believe in more than one, the important thing is to believe in the good.

Where the story happened

Brown girl dreaming is set in the places where Jacqueline grew up. She moved many times throughout her childhood. First from Columbus, Nelsonville, Ohio when she was just a baby, then to Nichol town, Greenville, South Carolina to her grandparents’ home, and finally to Brooklyn, New York where her mother found them a home. Home is one of the main themes of the book as well, Jacqueline feels torn between homes just like her mother says, “we’re only halfway home.”

Ohio – cold, gray, was never home to mother, but that is where father wanted to be which led to their separation.

Gap between her two front teeth, just like Daddy Gunnar, mother and Hope and Dell, the gap connecting them as a family. Ribbons in her braids hanging down past her ears.

How I feel about this character and why?

Jacqueline was very close to her grandparents, when other kids were out playing, she used to nurse her ailing grandfather. I could relate so much with this as I recently lost my great grandmother, she was 93 years old. I was so attached to her, I used to dance and sing for her so that she would finish her food, I used to sit and watch television with her even though I did not understand much of what she was watching. I loved her dearly. And I love spending time with my Nana and Nani. If given a choice to go for a play date with friends or to Nana Nani home, I always choose to go and meet them.

Also, just as Jacqueline’s teacher is amazed when she ends up memorizing a book because she read it so many times, the same way Ms. Shikha who was my mentor in Environment Blue was amazed when I could read the whole Abraham Lincoln book from my memory as my mother had read it multiple times to me and so it got etched in my memory.

The way Jacqueline, is imaginative and loves to pen down her thoughts, my parents always tell me to write down the poems I compose or make a video in case I have also composed my own music for it.

To see Jaqueline, develop a deep meaningful friendship with Maria. It’s been five decades and they still continue to be friends, My Forever Friend.

The other event is when at school, Jaqueline’s teacher saw the writer in her. Her realizing that, “Words are my brilliance.”

This book made me feel:

I am not an African American girl, I am not a Jehovah’s Witness, I have never been to Ohio, South Carolina or New York City, I do not have so many siblings or a very big family, but I could still feel what she was feeling and see the things she wanted me to see.

The love and the warmth of family and friends, the joys of having a lemon chiffon ice cream cone on a hot summer afternoon, the aversion of tying ribbons in braids, the anger seeing Cora and her sisters descend upon her swing, the curiosity to hear older peoples’ conversations, the comparisons , the possessiveness for a friend, the worry for younger sibling, and the pain of losing someone dear. The thrill of being able to express one’s thoughts in own words through poetry, I felt everything while reading this book. Even though we are years apart, but the book made me realise what my parents always tell me, children all over the world are just the same. They all bring light, smile, love and peace to the world. 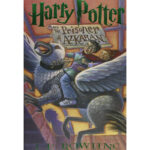