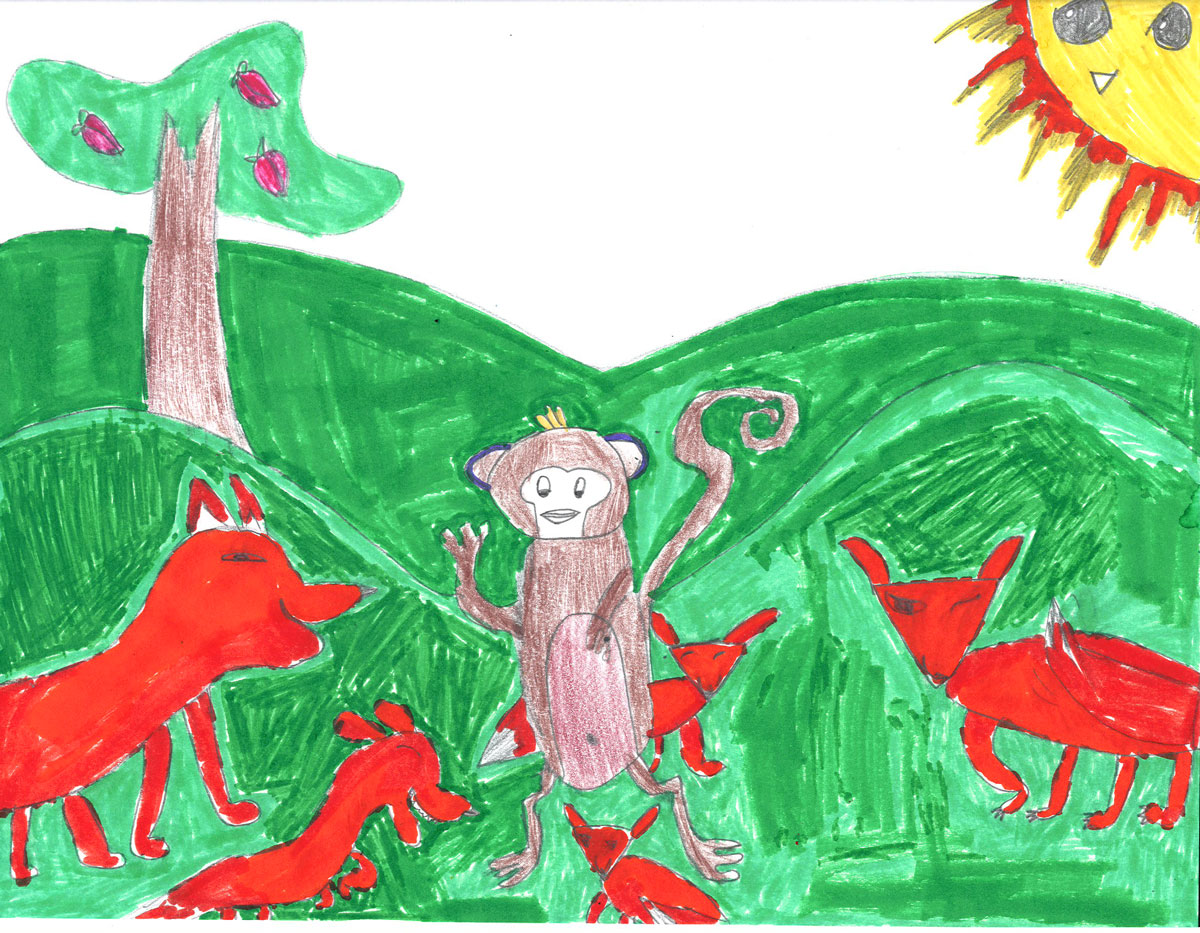 The book I read is called “The Tiger Eaters.” It’s about some foxes. Shankra is the mother and Cheekra the father. They have five little cubs.

The family was lost in the forest and the cubs got very very hungry. So, as they cept walking, Shankra saw something that made her gasp! She told Cheekra what they saw and he said, “It must be a cave.”

After they went inside to rest, the cubs saw a huge paw print. “Oh no!” Shankra said, “This is where the tiger lives!”

“Don’t worry, I have an idea,” said Cheekra.

So Cheekra whispered his plan to Shankra after their cubs fell asleep. After a long time they herd the tiger’s footsteps and the Shankra tickled her cubs. Then Cheekra said, “Why are the wailing? Shankra replied loudly, “They want to eat a tiger!” Outside, Kiraja the tiger herd this and he ran away as fast as his legs could go.

Then he stopped near a banyan tree where Kapila the monkey sat. Kapila asked Kiraja, “What are you running from?” Kiraja replied, “Some fierce creachers are in my cave and they were going to eat me!”

When kapila herd this. he laughed, “Eat you? What creature can possibly eat you? Someone is trying to trick you!” So Kapila dissided to go with Kiraja to his cave.

When the two foxes saw them coming, Shankra tickled her cubs agin and Cheekra said loudly, “Why are they still squealing?” “Look here comes uncle monkey with a delicious tiger!” said Shankra.

And when Kiraja heard that he thought that Kapila triked him. So angrily the tiger shook Kapila of his back and ran away saying that he will never come back.

After that the two foxes came out laughing at the foolish tiger. Kapila was very impressed by the clever foxes that he became good friends with them. Shankra and Cheekra’s cubs learned to call Kapila Uncle!

My favourite part was how Shankra and Cheekra came up with the idia of scaring Kiraja. You should read the book too. I think you will enjoy it.