Li’l Spider and the Fort o’Doom 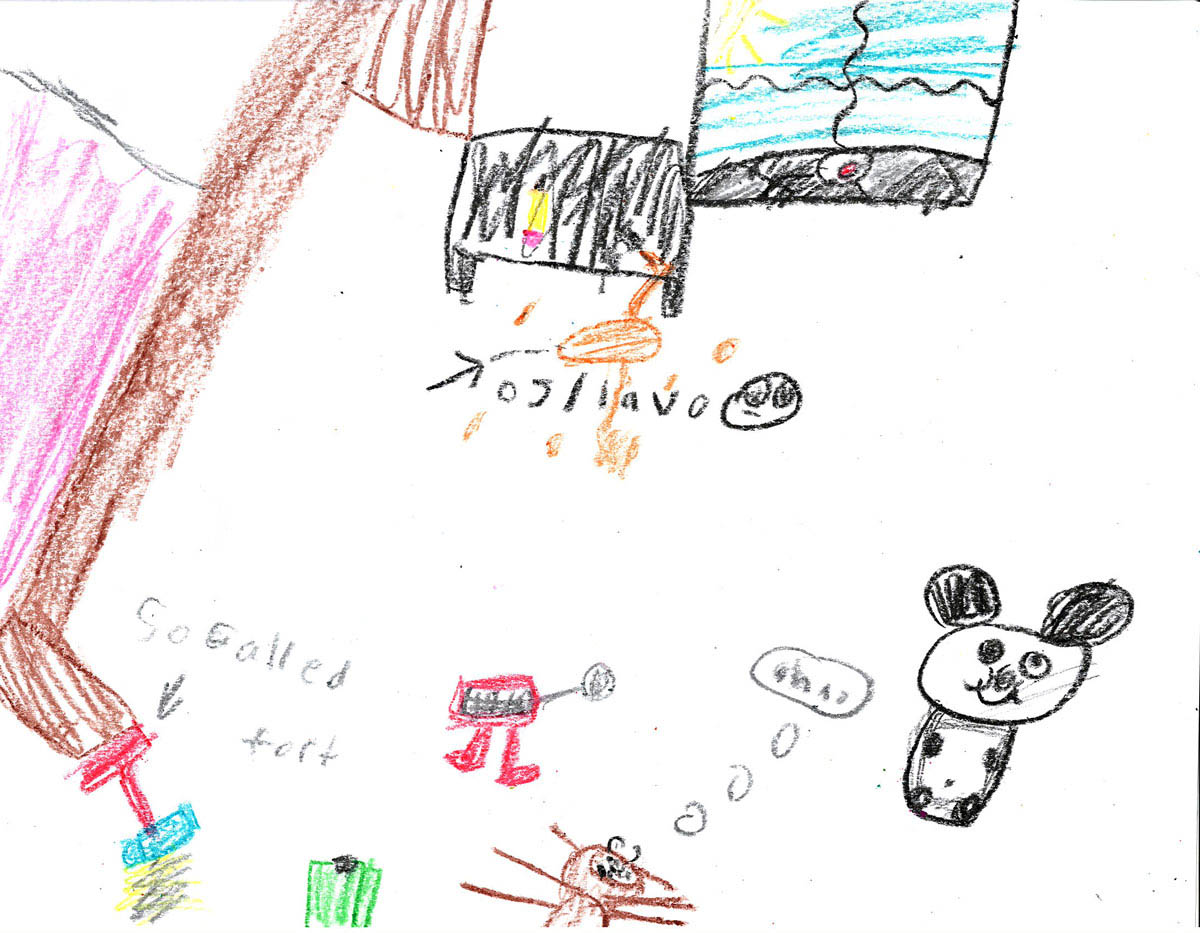 One day, in the mysterious Fort o’ Doom, an obstacle course was set up. Li’l Spider was crawling as fast as his little spider legs could go.

First, there was a tunnel, leading towards a set of CHOMPING TEETH. He barely escaped the chomping teeth of doom (FLASH). It came to his right, he dodged left. It came straight at him. He dodged back! The CHOMPING TEETH looked like it was going to charge to his  ——-> but swerved to the <——– . But it stopped just before he got eaten.

Li’l Spider poked it with his little spidery legs and said “B.” The chomping teeth just stood there looking at him.

Lava drips rained from the sky. Lil spider did a back flip before the lava touched him. Wait! Can spiders do back flips? I don’t know!!!

He jumped to the right just in time. He shot three strings of web to the sky that looked like it was covered with thunder clouds. He climbed up the middle string. He saw another drop of lava fall, PLOP! But he hopped over to the string on the left like SPIDERMAN. He leaped as far as he could to get to the clear sky. He barely made it. Now all he had to do was open the sky up. He tried to lift it with his little spider muscles, “Aaaaaaargh!”

He sighed, “Nope! Way Too Heavy!” Then, he saw the biggest chunkiest PANDA ever! He asked the Panda, “Can you lift it?” A deep voice said, “I can help you!” and he pried the sky open with his gigantic paws. The panda fell over, causing

Li’l Spider to bounce upwards into the free world!!!

The fort was really a block castle; the teeth were just these wind up toy teeth and the lava was dripping orange juice. The panda legitimately was a Flippin’ Stuffed Animal! The Panda flipped…did you get it?  Okay, last but not least, the voice was a human’s voice nearby. HA!  HA! HA!