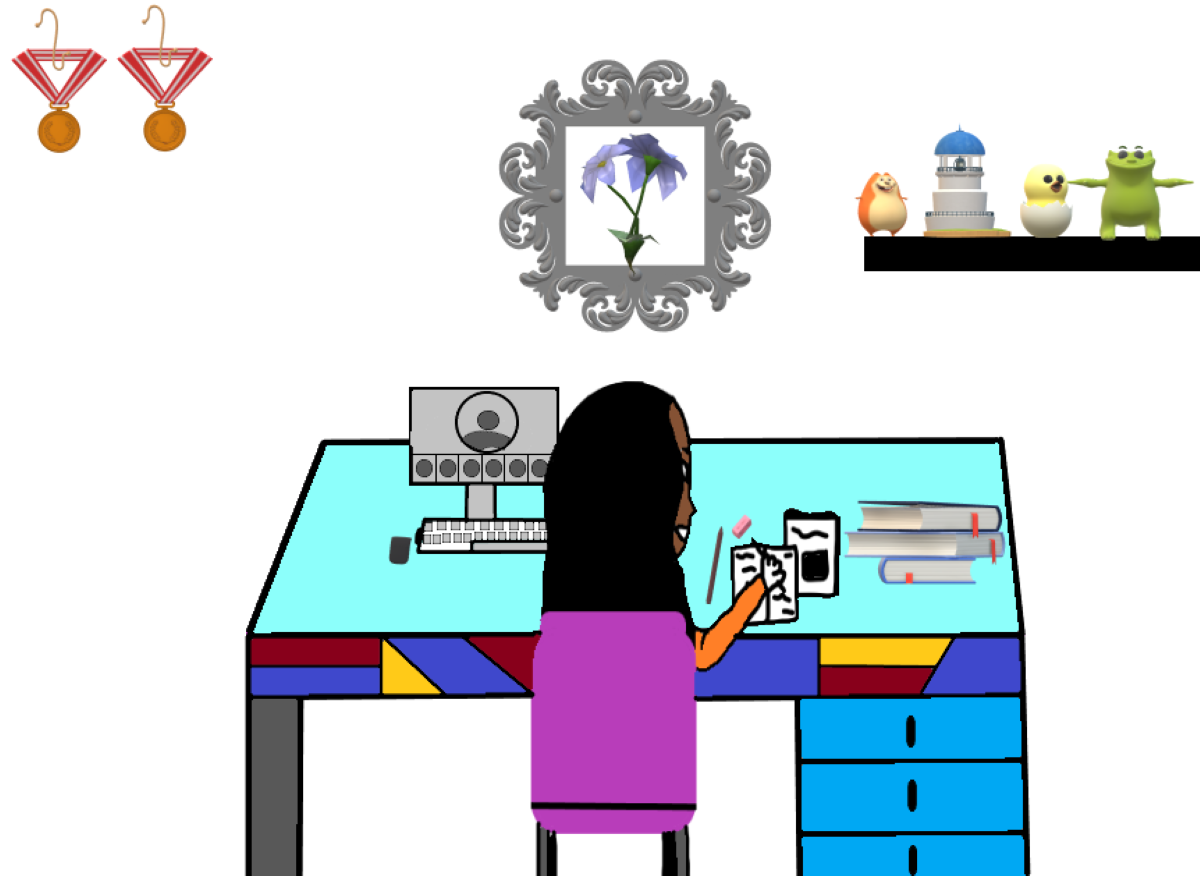 My elder one has taken full responsibility of her studying on her own, and since she is of the age where she can manage, plan and organize her academics and extracurricular activities and also because I get to see that she is very interactive and involved in her online classes. Earlier, even if she was of the age where she could manage things on her own, I had to keep a check on whether she’s completed her notes, her assignments, her projects…. I used to be inquisitive about what happened in school and class. Now, I don’t have to do that because I watch her attending her online classes, online school every day, in front of my eyes. But for the younger one, I have to do everything from teaching to making the child learn the academics and making the child participate in extracurricular activities.

Boards like CBSE and most state boards declared mass promotion for students of tenth standard and twelfth standard. Marvelous! It had never happened before. So I have stopped expecting higher grades from my kids. All I want them is just learn and understand the concepts.

Our school closed in March. Our school finishes the final exam in February, and we begin the new year in March. Just as we were about to begin the new year, our school closed. As we moved and travelled from a cosmopolitan city to our small towns, we watched…schools in small villages and towns were still open. The school bell still rang, they still played, they still went to school. But we being in cosmopolitan cities, worried and were anxious about how COVID infections would be controlled or managed by school authorities.

We began in Zoom. Both my children had one hour of class every day because the teachers didn’t know how to manage the online class from nine to one. Initially, we just began from morning 8:30 – 9:30…one hour of class. And for my younger one, it was one hour, one class per week…one class in a week. Later as days went by, my child who is in seventh standard, had classes from 8:30-1:30. Later the teachers also learned that online classes can be managed with google classroom. Soon the class timing were expanded from 8:30 to 1:30, and then in the evening, at six O’clock, the notes were emailed to the children. Every day my child used to write notes from 6:30 to 11:30 in the night because these notes was asked by the teacher in class the next day. If not completed, the teacher would express her disappointment. But our worry was that her screen time had increased from two hours to ten hours. It was something more than the working parents’.

As working parents, we spend around eight hours on a laptop. But my child was spending ten hours on an online screen. We were worried, and we did express our concerns. But there was hardly any reply or any kind of support the school showed…they said they had to write notes. So everyday evening from six O’ clock, the teachers from different subjects sent notes, and all those notes had to be completed and shown to the teacher on their screens the next morning. I did have to get an investment of a spare laptop and get a new internet connection. The next burden was with the submission of notes and homework. Her notes and homework had to be ‘PDF’ed, and her PDF had to be merged into one file. It had to be emailed to the teacher. Schedules and timetables were sent on WhatsApp or emailed out. I wouldn’t say I’m very happy with the academic progress. My child did score good marks in the exams they conducted, but I felt it was unnecessarily stressed out by making the children spend long hours on the screen time.

The next challenge was my younger child, who didn’t know how to manage an online class. The teachers taught them sign language for interactions like showing thumbs up if they had to ask any questions. Teacher interaction was very minimum. There were sufficient, fifteen-minute breaks after every class. The school did communicate effectively for a year. But I think this year, the teachers and schools were better equipped and better prepared to manage the online school. The teachers and administrators were very supportive in clearing doubts and helping children in their academics. I’m just not happy with the happy with screen time, that’ all. But rest, I think that the learning happened very well. And I think that’s all that matters going forward.