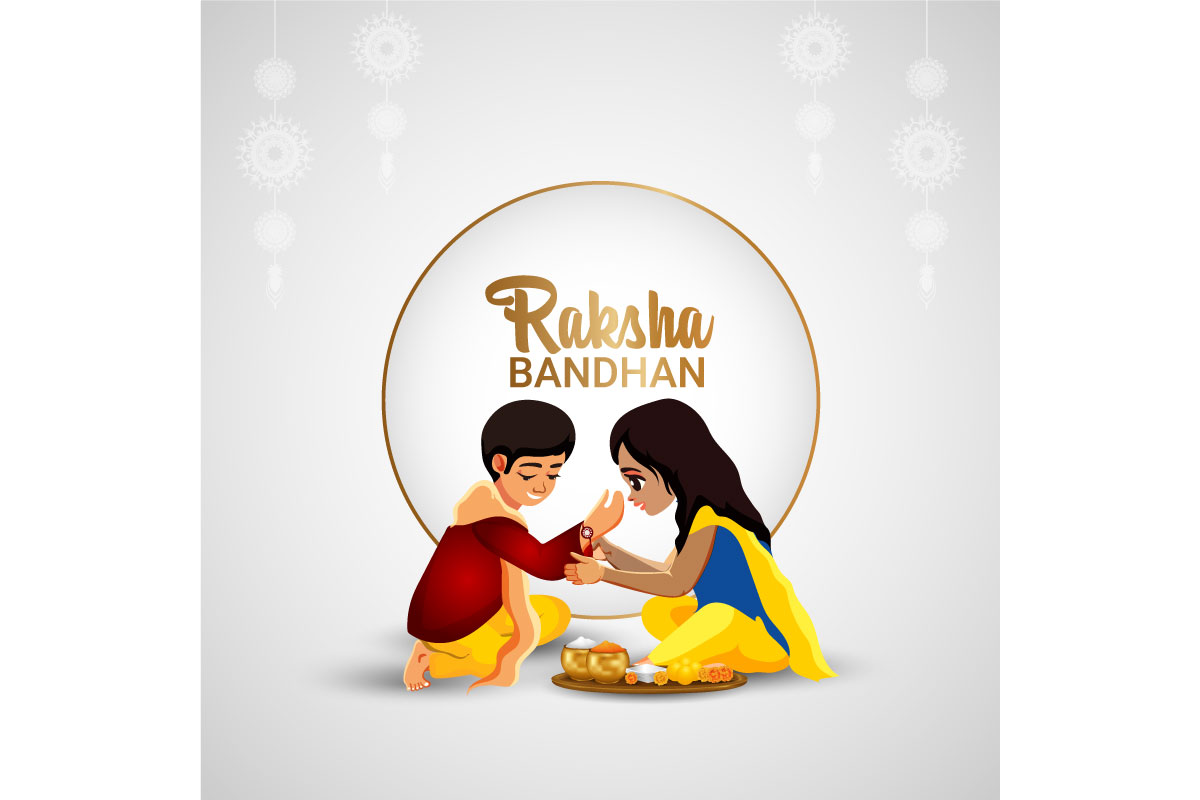 The three girls stared at the two boys. Wait! These were supposed to be their cousins? “It’s a good thing we don’t know their language. We can say we don’t know how to speak to them.” Aditi, the oldest girl, told her sisters.

“But didi, I want to talk to them,” Sarayu, the middle one, was excited to play with the kids in her new family.

“Hey, are you six years old, just like me? Why is your hair so short, like a boy’s? Do you like short hair?” The oldest boy pointed to the little one, Sahana, who was too afraid even to breathe.

The three sisters had moved hundreds of miles from the place they had known as the ‘hostel.’ It may not have been the same as growing up at home, but it was a familiar place filled with now familiar adults and children.

But here they were with total strangers, in a house that had dark corners, a place where no one spoke their language, not even little kids. Thank goodness they had each other!

The boys’ mother hugged the girls and gave them all a snack. Her warmth gave them hope. When she took them to the playroom, sarayu ran to play with the blocks, but Sahana stood behind a pillar and stared wide-eyed at the toys. The boys’ mother called her over and began to build with all of them.

For lunch that day, aunty had ordered pizza. It was a safe bet that all five kids would like it.

“Hey, what’s the noise? Anna, look! She’s making so much noise when she eats pizza!” Sudhir, the younger boy, laughed loudly. Sarayu felt miserable. She didn’t need to know what he said because she knew he was making fun of her.

“Aaah aah! Stop that now. We do not make fun of others. Even you had to learn not to make noises when you eat. They too will,” aunty stepped in.

“Next time, we will eat at home before we come here. Then they won’t be able to make fun of us,” Aditi thought.

Later the boys asked to play the game, “Name Place Animal Things.” I call ‘animals,” Arun, the older boy, shouted. “I call ‘place,'” Sudhir swung his leg up and down in excitement. “Would you like to take ‘name’? Who would like ‘things’? I’ll help you with the English words,” aunty pulled the girls into the circle.

The letter L was easy, ‘Lalitha,’ Sarayu called out. It was her friend at the hostel. Oh, how she missed her! “Lucknow,” Sudhir shouted his answer. “Leopard!” Arun jumped and then stopped. “A Leopard! You know what a leopard is, don’t you?” he stared at Sahana. “Periyamma! She doesn’t know what a leopard is!” His voice rang loud as the girls’ mother walked into the playroom.

“That’s because she knows it in a different language. We don’t know the word in her language. I guess she will learn it in English, and we will have to learn it in Hindi!” Periyamma told them.

Sahana blinked. If she sat still, maybe they would forget she was there.

At dinner time that evening, Aditi complained. “Do we have to go to their house again? The boys are so obnoxious!”

“I want to go there! They have lots of toys.” This was sarayu.

“Ya, me too. Arun let me play with his stuffed animals,” Sahana grinned widely. She had never heard of, let alone seen, so many animal toys. Were there real animals like these?

“What! Mom bought us toys today. We don’t have to go there and play with their old ones!” Aditi ordered her sisters.

“Girls, It will take time for all of you to get to know each other. Let’s take it easy, shall we?” their mom stepped in. “Don’t make up your mind yet. You may find that you like one another.”

“They are not my cousins, and I know I will not like them,” Aditi’s words rang loud with her footsteps as she stomped off to her room.

“Mom, I think I’ll like them. I can still play with them, right? I’m worried because didi said we can’t play with them.” Sarayu looked at her mom with pleading eyes.

“Tell you what! We’ll help you find ways to talk and play with your cousins. You can make up your mind about whether you want to play.” Dad chimed in.

Every time the girls and the boys met, excitement was in the air. There were so many new desserts to try, new books to read, and new toys to play. It was a pity that some things couldn’t be changed, like that aunty’s food. She made things like cauliflower cake. Or when the boys threw tantrums if the girls got more points in games. And when toys made their way to the girls’ house and had to be returned.

Months flew by. Now Sahana knew the English names for some animals when they played name place animal things; Arun brought out his umbrella when she forgot hers. Sudhir was five years younger, but Sarayu and he loved to draw together.

Aditi, now Aditi wasn’t so sure!

Why did Arun remind her that they weren’t really cousins? “Only the kids in my dad’s family are our cousins,” he’d said to the girls’ mother. “You are not really their mother. So they are not my cousins.” Their mother seemed unfazed. “You are partly right. I am not their birth mother. But I am their adoptive mother, so that makes you guys cousins too.”

“Well, that’s not what my dad’s family says. I don’t think these girls are my cousins,” Arun shook his head. Aditi’s jaw tightened in anger. “Well, guess what! I don’t think of you as my cousins either. I don’t care what my mother says,” she thought.

The kids grew taller. Arun helped Sahana with her homework, read aloud books about animals in case she didn’t know the words, and folded her clothes so she’d have time to play. Sudhir and Sarayu teased one another as they zoomed in on the jigsaw puzzle pieces, and Aditi enthralled them with her knowledge of all the apps on her phone. When she got mad, Arun advised his aunt. “She’s just being a teenager, Periamma! You are the adult. You have a job, you can drive, and you have money. So you have to be calm.” That year Sarayu asked her mom to bring a Rakhi for Rakshabandhan. “I’ll supervise her, so she ties it correctly,” Aditi said. Sahana was an expert witness. Sudhir wasn’t sure he wanted anything on his wrist.

And then it was time for the big trip. Aditi and Sarayu remembered their birth mother. “Can we find some information about her? Maybe she is looking for us….”  They couldn’t try for the past three years because of COVID. This was the year they were going to look for their mother. Will they find their house? Will they find her?

But not Sahana! She was happy with her cousins, school, and friends. She didn’t remember much from before. How can that be? Her sisters were bewildered. But it was what it was for Sahana.

There were protests at the boys’ house too. “What do you mean the girls are going away for so long? Did periyamma talk to us about the trip? How can she make plans without talking to us? I know Sahana doesn’t want to go!” So the adults scrambled to rearrange the travel plans, and everyone was happy. Sahana stayed at the vacation home with the boys while the older girls went with their parents

The night before the trip, the girls couldn’t sleep. “Will our mom recognize us? Can we stay with our mom? Can she come to live with us?” Sarayu asked hopefully. “Of course, she will recognize us. We look like here, silly! We have to stay with this mom and dad until we turn eighteen. Let’s find maa a safe place to stay, and we can visit her during our school holidays.” Aditi reassured her. Arun looked up from his book. “You need money for that, don’t you?” he asked. “Aiy, I can work and save all my money, so my mother is safe. I can do anything for her,” Aditi announced brashly. “I have money in my piggy bank. You can have that.” Arun offered. The sound of the fan blades rang loudly in that silence. “We’ll see,” Aditi spoke quietly and pulled the sheet over her head.

A week later, the girls returned in a somber mood. They had found the person who’d taken them to the police station, but there was no news of their mother. “Why did she not come looking for us?” Sarayu cried. “But you have a family now,” Arun reminded her.

Guiltily, Sarayu searched her adoptive parents’ faces. Were they angry because she was crying for her birth mother? Aditi was ready to explode. But their dad stepped in. “You must remember that adoption is not a happy story. It begins with the loss of loved ones.”

Arun looked stricken now. He could see his mother from the corner of his eyes. She was clearing up things on the sofa.

“Later that evening, as the kids were winding down, Arun handed a book to sarayu. “Here, I’m sorry I didn’t share this with you earlier.” Sarayu grabbed the book greedily.

“Aditi, remember you drew a picture of yourself with your birth mother?” “Yes! What about it?” Aditi barked, towel on her face. “I just want to say she looked beautiful. Your birth mother, I mean,” he said quietly. She stopped wiping her face and nodded. “Thank you!”

That night, the five kids were all lying on the ground when their mom came to check on them. Two shared a pillow, reading a book about animals. One was on her phone, and another was fiddling with a piece of string. Aditi smiled at her mother and said in Hindi, “Mom, no one can separate the five of us. No one can come between us.”

“Oooh! I better capture this moment and remind you of it when you get cranky at each other,” her mom rushed to get a camera.

“Arre Mom, don’t say anything in English. Then those brats will get up and go away. We’re fine as we are.” And before her mother could say anything, she added, “And mom, please get us rakhis. The three of us will tie for both these. I saw that Raksha Bandhan is coming up.”