Keeper of the Lost Cities: Stellarlune 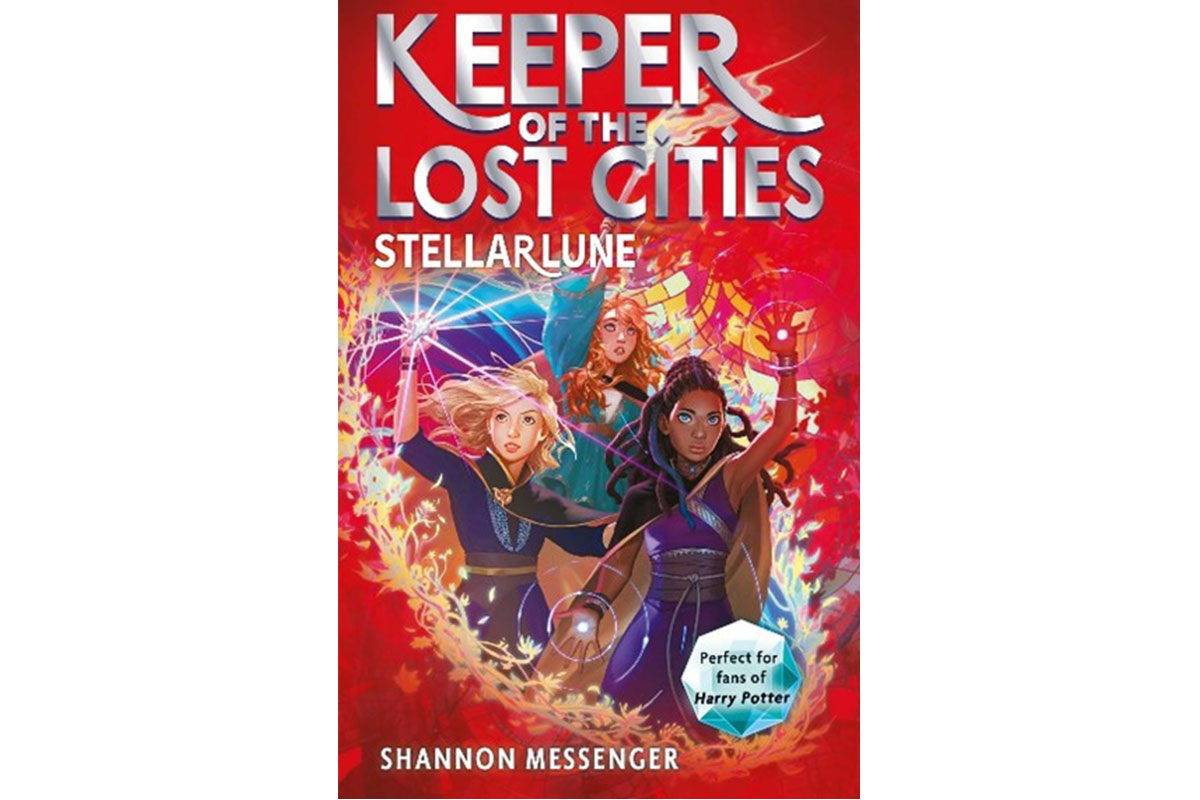 “But because I knew she’d try to kill you if I didn’t. I chose your life over everyone and everything else—and I’d do it again if I had to. Some might think that makes me a hero. But it also makes me a villain.” – a well-chosen excerpt from ‘Stellarlune’, the tenth volume of the series: Keeper of the Lost Cities, written by American author Shannon Messenger.

A fantastic action book including several cosmic battles, miscalculations, and ground-breaking clues, and including topics such as trust, ignorance, friendship, and love, ‘Stellarlune’ keeps the ‘Keeper of the Lost Cities’ series going! The book pushes the bar and breaks all limits just like all the other brilliantly written sequels of the series, and scores 4/5 and 5/5 stars on various online commercial and reviewing platforms, such as Amazon, Common Sense Media, and Goodreads, as well as on the famous book publisher: Barnes and Noble.

Keeper of the Lost Cities: Stellarlune, in the same way as the prequels of the series, revolves around a teenage girl dubbed Sophie Foster along with her group of friends, who are trying to save elvin society from the devastating, criminal, and unjustified actions of the members of an evil organization called the ‘Neverseen’. Stellarlune contains a number of key events that are extremely pertinent for the plot of the Keeper of the Lost Cities series. Continuing from the last book, where Keefe had fled the Lost Cities because of the uncontrollable powers he had received from the unbearable close-to-death “awakening” that his mom and ex-Neverseen member, Lady Gisela had caused, Sophie and her group of friends, using several technological tricks, located Keefe and brought him where he really belonged. Following the advice of Glimmer, another ex-Neverseen member who allied with Sophie’s side, Sophie burned down one of the Neverseen’s storehouses and, despite retaliation from Lady Gisela, took the risk to make more offensive moves as well which lead to Sophie and her group allying temporarily with Vespera, the Neverseen’s leader, to stop Lady Gisela and her selfish actions, and prevent her from finding Elysian, which contained a power source strong enough to help perform the final step of the “awakening” on Keefe – the main storyline of the book.

However, the book contains much more than that! There are so many unforgettable little details, clues, as well as incidences that cannot be ignored. Also, the book ends with a fantastically made yet extremely frustrating cliff-hanger, which will envelope readers in shock! And since these are the things that make a book a good one, I strongly recommend buying the book and reading it to learn more about Sophie’s breath-taking adventures!

One very intriguing line in the story: “Isn’t that how it always goes? We’re all willing to believe that everything is perfect and shiny and wonderful here in the Lost Cities – until something happens that forces us to admit it’s not.” This quote, said by Glimmer (a character in the book), holds deep connection with not just the elvin world, but our human world as well. Every day, we are so engrossed in our own lives and the problems that life throws at us, that we fail to look beyond ourselves and recognize the bigger problems that the nations and societies of the world are grappling with. It’s only when we see the true effect of issues such as Terrorism, Poverty, Drought, Racism and Climate Change have on our world, we realize how horribly devastated it actually is. Therefore, if we all try to help resolve such issues, using even the smallest steps, we would be able to create a more civilized world.

In traditional fashion of the Keeper of the Lost Cities series, Stellarlune puts emphasis on clashes between the good and the bad, excruciating brushes with death, and the relationship between power and evil. Written in the main character, Sophie’s perspective, the book consists of a huge roller-coaster of emotions, that ranges from her newfound angst, her determination, to her love for some of the other characters. Furthermore, an overuse of dialogues is present in most of the chapters in the book, even more than in the prequels, and that implies a change of style in the author’s writing and brings out diversity in the texts. With several clues, hints, and puzzles to solve along the way, and the added bonus of an infuriating cliff-hanger, each chapter of Stellarlune brims with suspense, making it not only a fantasy book but a mysterious one as well. Besides these, the book was written in a way that could make readers laugh, even amidst all that intense action, which is why many of the chapters and characters are quite comedic in nature!

Keeper of the Lost Cities: Stellarlune, along with the rest of the series, is perfect for the likes of those who find joy in reading the Harry Potter books. For anyone who holds interest in fantasy, mystery, action, and humour, and wants to be dragged into a world with wonderful and fantastical characters and creatures, this book is definitely MUST-READ. Through my lens, Stellarlune is a beautifully woven story that deserves all the praise; an incredible book to keep on the shelf!

Hungry to Play
30 May, 2022
admin
No posts found
Sponsored Content